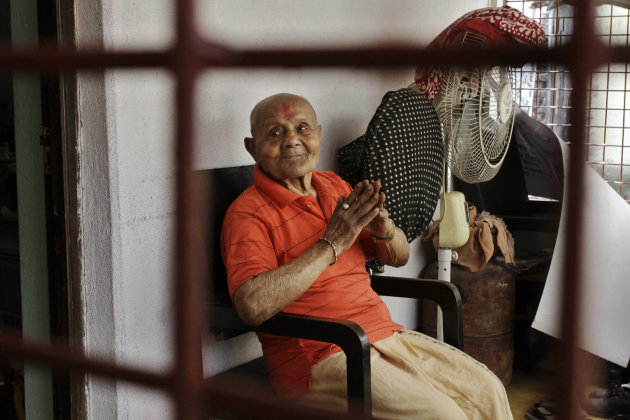 He doesn’t drink or smoke, and centenarian Manohar Aich credits his longevity to a healthy lifestyle in which he minimizes stress and focuses on happiness.

Aich won the Mr. Universe international bodybuilding championship in 1952. He celebrated his 100th birthday on Sunday surrounded by children, grandchildren and great-grandchildren in Kolkata, an eastern city in India. 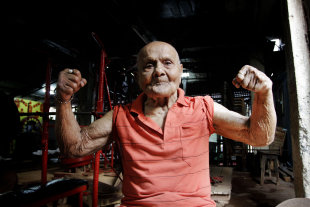 AP Photo/Bikas DasHis lifestyle and a simple diet of milk, fruits and vegetables along with rice, lentils and fish have kept him healthy, the bodybuilding trainer told the AP.

Aich turned to bodybuilding while he was imprisoned in the 1940s for opposing Britain’s continued colonial rule of India. When he was released, he went on to compete as a bodybuilder, earning success in international competition that culminated with his taking the Mr. Universe title.

While his wife took care of their children, Aich traveled, competed and made a living. On his return to India, he trained future bodybuilding champions.

“I didn’t become rich. There is not much money in bodybuilding,” he told the Indian Express newspaper. “But there is respect. And for that, I wouldn’t mind being a bodybuilder in my next life as well.”

He has led a fulfilled life, but Aich regrets never having met his fellow Mr. Universe, former California Gov. Arnold Schwarzenegger. He’s seen many of the Governator’s films, though.

“I like the incredible stunts he does in the movies,” Aich told the AP.